Following-up on G&M’s prior post (G&M Post: G&M Attorney Robert Clayton Featured in the Baltimore Sun) about Robert Clayton’s efforts to help establish a Sports Analytics Club at Edmondson-Westside high school in Baltimore, the Club successfully prepared and submitted a Performance Portfolio advocating for Marvin Webster (an Edmonson High School Alumni and basketball star at Morgan State University from 1971-1975 and in the NBA from 1975-1987) to be inducted to the National Collegiate Basketball Hall of Fame. And in great news for Marvin’s family, as well as the students at Edmondson-Westside who spent so much time learning about their school’s history, pouring over advanced analytics and statistics, and preparing a polished report for submission to the selection committee, Marvin – whose playing nickname was the “Human Eraser” – was officially selected as part of the 2018 Hall of Fame class (alongside eight other legends, including fellow center Sam Perkins and legendary coach Paul Westphal). More information can be found in the following article from The Baltimore Sun:

Former Edmondson and Morgan State basketball star Marvin Webster will be posthumously inducted into the National Collegiate Basketball Hall of Fame as part of its eight-member 2018 class, with some of the thanks owed to current Edmondson High students who formed a Sports Analytics Club this year to help build his case.

The students researched Webster's career, put it into modern, compelling statistical context using the guidance of institutions such as Morgan State, MIT and the Washington Wizards, and submitted a successful case study that helped earn "The Human Eraser" this honor.

“It's very unique,” said Reggie Minton, chair of the Hall of Fame’s selection committee. “Since we began the Hall of Fame, this is the first one that I've run into, and I've been there since the beginning. I've been chairing the selection committee since the beginning. I've not seen anything like this before. It was very unique, and actually attention-grabbing.

“You've got young people [doing it]. Most of these young people never saw Marvin Webster play, and most of the time, I'm hearing from the older people that had played with him or played against him or saw him play or whatever. Now, you've got young people who have come together and said, based on what they've learned, here's someone from our community that should be recognized. To me, that was very meaningful.”

Corey Johnson, a coach and teacher at Edmondson who led the club, informed his students that their work paid off this morning.

"For the kids, you get involved in a task like that and to see it come to fruition and happen rather quickly, it was something that was really great," Johnson said. "It makes it worthwhile for the kids. It makes it exciting for them."

At least locally, Webster's career was legendary. The 7-foot-1 Webster averaged 21.4 points and 22.4 rebounds per game on the Division II national champion team at Morgan State in 1973-74, ending his career with 17.5 points and 19.9 rebounds per game. He still has the second-most rebounds in a single season in NCAA history with 740 in 1973-74. Webster ended up playing 10 seasons in the NBA, but it was his amateur career that was his crowning achievement. He died in April 2009.

His time at Morgan State was the basis of his candidacy for the Hall of Fame.

The project was born over the summer when Robert Clayton, a local attorney, met with Ben Shields, of the renowned MIT Sloan School of Management, to try to find a way to introduce STEM (science, technology, engineering and math) programs to minority students who are under-represented in both the academic and professional portions of those fields.

Clayton thought using sports could help, and approached three Baltimore City high schools about using the Hall of Fame candidacies of their schools’ graduates as a way to build membership in a new club. It only stuck at Edmondson, where Johnson enlisted around 10 students.

The students did the research, with local assistance from Morgan State assistant professor Monir Sharker and guidance from Shields as well as former Washington Wizards coach and current vice president of player programs Ed Tapscott as pro-bono advisers. Their research was due in December, and they used modern basketball metrics to show that Webster's career was similar to either small-school big men such as Willis Reed (Grambling State) or guards who played against similar competition, such as Earl Monroe (Winston-Salem State) or Walt Frazier (Southern Illinois).

The comparisons formed the basis for what Johnson believed was a strong case — though he wouldn't let on that they expected quick results from the Hall of Fame.

"It's hard to say, because you don't know who he's getting compared to as far as what they're looking at," Johnson said. "When, really, I looked at the numbers of what he actually did and looked at some of the people who are in the Hall of Fame … he belonged. We really compared and focused on guys who were already in the Hall of Fame who were from small schools, were from Division II schools and had impacts on the game. I thought that there was a good possibility since the others were in. But you didn't know who he was going up against. We thought we made a compelling case for him to be in."

Johnson’s students are on spring break, so he wasn't able to call them together Wednesday morning to inform them of their success in person. But he expected both the participants and the Baltimore community to be proud that both Webster, a mammoth figure in the city's sports history, and the students who learned about his career for this project.

"It was a big feat in itself in that he was a small-time college basketball player," Johnson said. "There's a lot of pride in the Baltimore community, from Edmondson and Morgan State."" 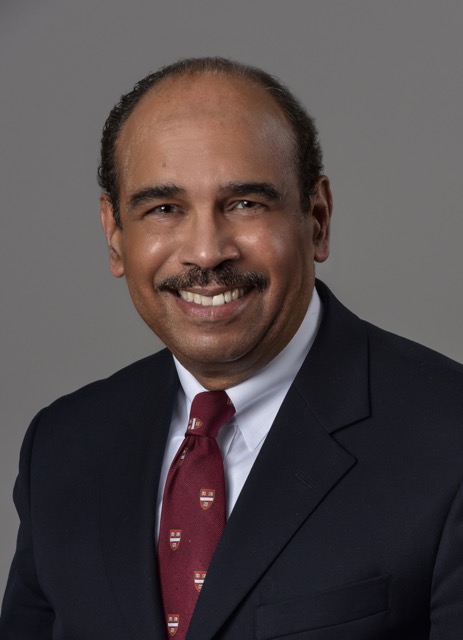